It was a busy weekend, celebrating the wedding of a niece in Toronto. Some writing reading and writing did get done – on the drive there and back though

Otherwise, here is the progress from the past week.

3. Write at least 2 other posts weekly besides ROW80 posts.No

This week I plan to work on picture book revisions as well as  reviewing a pix book I took a couple of years ago.As well, I am starting a healthy challenge on June 1 for 30 days . Should be fun to be part of a group.

All the best to everyone this week

Today is the Mid-week check-in at Row 80.

I have been trying to focus on writing each day, which I have done. Not a lot, but at least writing. First priority!
I started work on a non-fiction piece for Guideposts and that is my second priority.
Today, I pulled out my Christmas novella and have decided that that I need to finish it. That will be my third priority. I have reread what I wrote and need to make some changes.
Lastly, I need to go over my pb mss and decide what I need for the retreat I am going to in July. Then I will edit/revise as needed.

I have always been reading and have read a lot of great novels and children’s books. That has been a blessing.
I have been creating art most days.
My husband and I have started a healthier routine and we have made it through 2 days so far.

Once again I am embarking on a 100 day journey. I’ve had good success with 30 day art and writing challenges. This one though, is much more important as it is not only for myself, but for my husband as well.

We both need to lose weight and get more active. This way we can support each other.
He is still not back at work yet and not fully recovered from his pace maker implant in February. So we will work together to get healthier.

I am tired of being out of shape, pain, bloating. Enough already. My daughter keeps telling me she wants me there to see her kids grow up. So for the next 100 days (Spt. 1st is the end date but we plan to keep going), we will:
~walk more
~drink lots of water
~eat healthfully and mindfully
~stretch, and use weights
~laugh lots

Day 1 is almost done and we have made it through the day smiling and feeling good.

I have been absent for a couple of weeks – and my thoughts about that absence follow:

I had hoped that taking part in Camp NaNoWriMo in April would kick start my flagging writing routine. It did for over half of the month. I wrote 2/3 of a novella I hoped to enter in a contest. But then, once again, self-doubt reared its ugly head and the writing slowed. I did not finish the novel; I did not enter the contest.

I joined this second round of ROW80 and offered to sponsor with the hope it would provide the accountability to keep writing and pursuing my goals. During the past several weeks I have done little to advance my writing goals, although I have read lots and created art.

Self-doubt is like a spiraling cancer that eats away at one’s self-esteem.

I had won a critique from a charity auction and I looked forward to some honest opinion. What I got was constructive yes, but a blow nevertheless. Added to another I had in January, it has been putting a pause on what I thought I could do – write romances. One criticism was that my voice did not come through.

Last night, at one in the morning, I decided that what was important was that I just write and to stop worrying about the end until I got there. Just finish the damn thing. Revising and editing can do wonders – but that is later.

I also need to return to my picture book writing as I have a writing retreat in July to attend and a supportive group of women I need to reconnect with. So I need to look forward, get back the control of my time and my writing once again.

This week I will write every day! 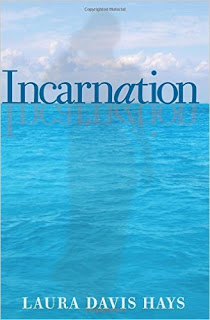 Join me as I host Laura Davis Hays, the author of Incarnation, as she tours with WOW! Women on Writing.

Kelsey Depuis, Santa Fe scientist, and Iriel, betrothed on Atlantis to a man she cannot love―two young women bound by a single soul.

In Kelsey’s everyday world, three men shape her life: Myron Crouch, the boss of BioVenture Enterprises; Harrison Stillman, a brilliant colleague of hers there; and Stan Dresser, who twists her feelings with his kisses and lies.

But gradually, growingly, Iriel is shaping her life too. Through dreams and visions, she draws Kelsey into the ancient realm where refusal to marry Gewil has driven her to daring flight with fantastic creatures across a strange and terrible land.

As Kelsey joins other BioVenture researchers testing a new organism on a remote Caribbean island, turmoil and violence darken her fate―and Iriel’s presence grows stronger. Worlds shift and merge, danger grows. Past and present, vengeance and love swirl together as the seas rise up, the seas that once swallowed Atlantis.

Tested in life-or-death struggle, Kelsey must face an ordeal she can survive only through great courage and deep karmic understanding.

In my teens I was drawn to books on reincarnation and especially, those by Edgar Cayce. He wrote about Atlantis as well, which I found fascinating. I still do.

Laura Davis Hays  has written a scifi thriller, that combines the lost world of Atlantis, reincarnation, science, anthropology, romance in a powerful new book – “Incarnation”. It is written in alternating views – from Kelsey, a biologist/scientist and Iriel, a young woman from Ancient Atlantis. Are these nightmares that Kelsey has  or true visions from a past life?

As the suspense builds, as we see her struggle with the men in her life – from Harrison, to Stan, to Crouch – we glimpse her growing belief in what she is learning about this past life. It also enables her to face danger, violence, environmental disruption.

There are five parts in the book, each building on the last and drawing us into the imagined world of  Iriel and what Kelsey’s role is in this incarnation. Will she succeed?

It was a thrilling ride – one I couldn’t put down, especially when she escapes to Belize. Enjoy the journey!

Laura Davis Hays is a California native, the only child of a theoretical physicist and a librarian. Her prize-winning body of work includes a forthcoming fantasy series, the Atlantis Material, and a collection of linked stories set in Denmark, her ancestral homeland, in the early twentieth century. Hays is also an accounting consultant, a performing pianist, a composer, and a skier. She and her husband live in Santa Fe, New Mexico, with their two cats, Rufus and Dexter.

Find out more about the author by visiting her online: 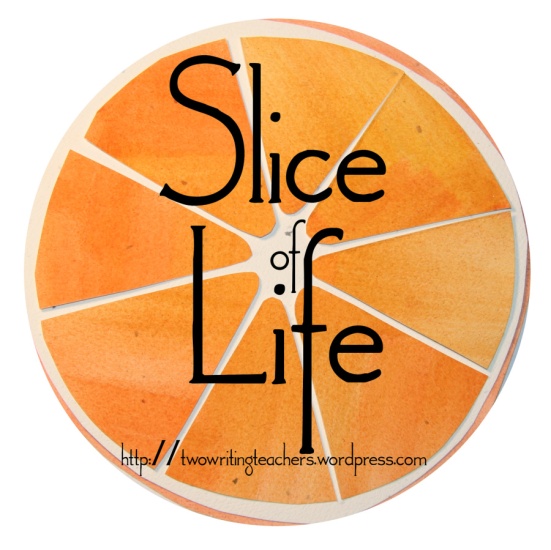 Kathy Stinson (a wonderful writer by the way), shared a post on “When I’m 64″, a few weeks back and it struck a chord.

I don’t think I ever thought much about being 64 when I heard the Beatles sing the song. If I did, it was to think that 64 was soooo old.

But I have made it to 64 and have learned a lot along the way. Here are 10 things I never would have imagined about myself at 64, when I was 15.

*That I would marry twice, have 3 children, 5 stepchildren and 5 grandchildren

*That though I knew I wanted to be a teacher, that I would teach 36 years and then retire at 61.

*That I would live and teach in faraway places and love it. The 15 year old me planned to stay close to home.

*That I would donate a kidney to my husband (who I married at 50!)

*That I would be more accepting of and less self-conscious of my body.

*That I wouldn’t act old! (even if I do feel a bit old some of the time)

*That I would call myself an artist and a writer.

*That I would be estranged from my siblings. That is one of the biggest shockers my 15 yr. old self would not expect. 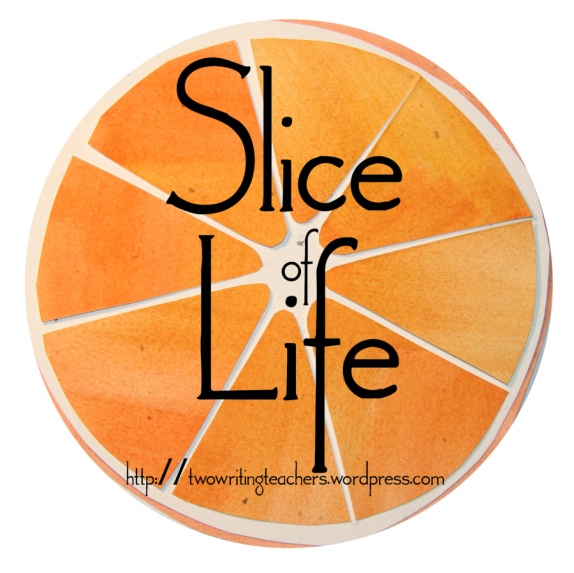 All day I have been checking the news and Twitter for the latest news and more information on the fire in Fort McMurray, Alberta. I lived in Alberta for three years and visited McMurray in 1979 – a long time ago but I have many happy memories of the town. My friends no longer live there, so I have no present contact with anyone now. But the latest news that the whole town of 75,000+ had to be evacuated came as a horrible shock.
There have been so many tragic events associated with natural disasters in the past few months (and years for that matter). Just the news the past few days from Texas and other southern states is so unbelievable.
For those who say climate change is not real – check the people lost, the homes destroyed by floods, fore or tornadoes. To those experiencing the ravages of nature – may you all be safe.

Time for the Sunday Check-in at ROW80 – the writing community that offers support and accountability. .

Here are the goals and what I’ve achieved so far:
Writing:
1. Write daily – at least 500 words daily. Yes – but only minimal this week.
2. Take part in CampNaNoWriMo.- yes, altho only completed half my goal
3. Write first draft of novella `Christmas Renewed“- almost finished
4.. Write first draft of a chapter book –no – altho sent off first chapter for some feedback
5. Write at least one picture book a month Yes
6. Take one online writing course and enter at least one writing contest.No

Blogging
1. Support my ROW team 2x a week – only once this past week – life got in the way
2. Take part in A to Z April Challenge.-finished it yesterday
3. Write at least 2 other posts weekly besides ROW80 posts.Yes

Personal
1. Create daily – Yes – finished the A to Z April Challenge yesterday – over 50 art tags created for the month
2. Follow healthy habits: ~walk 3x a week and ~drink 6 – 8 glasses of water a day Water yes, the exercise not so much.

My main goal I want to work on that week:
From May 1-7, there is a daily challenge to write a picture book a day through NAPIBOWRIWEE. One down, 6 to go!