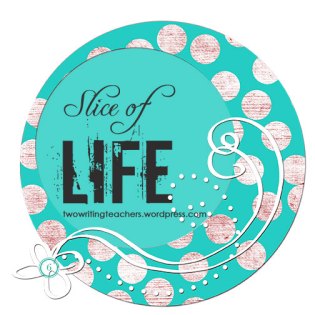 Today is Day 29 of the March Slice of Life – the daily writing challenge hosted at “Two Writing Teachers”.

I have finally made it through the alphabet, using Amy Krause Rosenthal’s Encyclopedia of Me; My Life from A to Z. I still have so many prompts left to write on. I see it as a way to capture my past, thoughts, fears, wants, likes – like a diary to share with my kids.
Reading the newspapers this morning had me shaking my head. I skimmed more than I read because frankly, the headlines are disturbing. I have been dwelling a lot lately on politics, and what is happening not only in Canada, but in the world as well. We are leaving future generations with a legacy of hate, fear and a deadly, polluted earth.
One example of this is in Quebec. This week the ruling party tabled “religious neutrality” legislation”. This is just a nicely worded way for attacking immigrants, racism at its basest.
I grew up in Montreal and my hubby was born there. We visit often, as he still has family there. I know and love Montreal. This is why it saddens and sickens me what the Quebec government is trying to do.
Each successive government there seems to want to protect itself from contamination from “others”, whether it is separating from Canada (they lost that one), imposing French language laws to now banning religious symbols on persons in authority, like teachers, judges, doctors, etc. A cross on a chain can be tucked under a shirt; a turban or hijab cannot.
This is outright racism, couched in legalese.
Quebec is headed for a huge migration – of educated, skilled immigrants. They must choose whether to practice their religion or keep their job. What a terrible choice. Who would want to stay in a place where hate rules?
And so, Quebec will lose in the end, because immigration will cease or at least slow down, and they will lose many talented people. Quebec white, French population is decreasing – will they recover??