Six Degrees of Separation is an interesting and enjoyable challenge, something I need right now, and am joining in for the second time. I love the idea of the search, the connections, the possibilities – we all start with the same book – and we all take different paths!.

#6Degrees is a monthly link-up hosted by Kate at Books Are My Favourite and Best.
Each month a book is chosen as a starting point and linked to six other books to form a chain. A book doesn’t need to be connected to all the other books on the list, only to the one next to it in the chain. The rules are:
o Link the books together in any way you like.
o Provide a link in your post to the meme at Books Are My Favourite and Best.
o Share these rules in your post.
o Paste the link to your post in the comments on Kate’s post and/or the Linky Tool on that post.
o Invite your blog readers to join in and paste their links in the comments and/or the Linky Tool.
o Share your post on Twitter using the #6Degrees hash tag.
o Be nice! Visit and comment on other posts and/or retweet other #6Degrees posts. 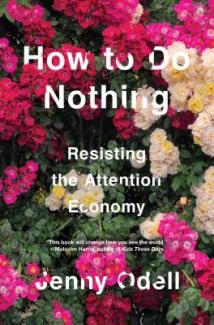 This month’s book is How to Do Nothing by Jenny Odell, a book I’ve not read yet.

1. How to Stop Time by Matt Haig 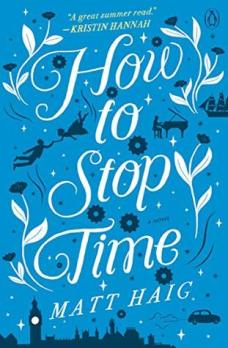 I haven’t read this book (The only one in this string of 6) but it has been on my TBR for a while. As soon as I read Odell’s title, this was the first book I thought of.

From Goodreads: “How to Stop Time tells a love story across the ages–and for the ages–about a man lost in time, the woman who could save him, and the lifetimes it can take to learn how to live. It is a bighearted, wildly original novel about losing and finding yourself, the inevitability of change, and how with enough time to learn, we just might find happiness.”

2. A Time to Kill by John Grisham 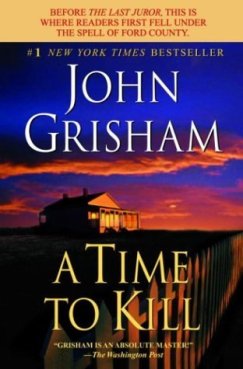 I chose to focus on time for the second book and Grisham’s book resonated.

From Goodreads: “Before The Firm and The Pelican Brief made him a superstar, John Grisham wrote this riveting story of retribution and justice. In this searing courtroom drama, best-selling author John Grisham probes the savage depths of racial violence…as he delivers a compelling tale of uncertain justice in a small southern town…Clanton, Mississippi.”
Excellent read.

3. To Kill a Mockingbird by Harper Lee

This time, it was last word kill that led me to Lee’s book – as well as the theme of racial violence in both books.

From Goodreads: “ The unforgettable novel of a childhood in a sleepy Southern town and the crisis of conscience that rocked it, To Kill A Mockingbird became both an instant bestseller. Compassionate, dramatic, and deeply moving, To Kill A Mockingbird takes readers to the roots of human behavior – to innocence and experience, kindness and cruelty, love and hatred, humor and pathos. “

4. Murder of Crows by Anne Bishop

Mockingbird led me to crow and kill to murder – resulting in synonyms to the previous title and the second book of my favourite fantasy series.

From Goodreads: After winning the trust of the terra indigene residing in the Lakeside Courtyard, Meg Corbyn has had trouble figuring out what it means to live among them. As a human, Meg should be barely tolerated prey, but her abilities as a cassandra sangue make her something more.

Both books involve murders but are in totally different genres. This is the first in the Aurora Teagarden mystery series.

From Goodreads: “Though a small town at heart, Lawrenceton, Georgia, has its dark side-and crime buffs. One of whom is librarian Aurora “Roe” Teagarden, a member of the Real Murders Club, which meets once a month to analyze famous cases. It’s a harmless pastime—until the night she finds a member killed in a manner that eerily resembles the crime the club was about to discuss.”

I chose to focus on real and that made me think of this non-fiction book (as we started with a non-fiction book). The full title is The Real Lolita: The Kidnapping of Sally Horner and the Novel that Scandalized the World.

From Goodreads: “Vladimir Nabokov’s Lolita is one of the most beloved and notorious novels of all time. And yet, very few of its readers know that the subject of the novel was inspired by a real-life case: the 1948 abduction of eleven-year-old Sally Horner.

Weaving together suspenseful crime narrative, cultural and social history, and literary investigation, The Real Lolita tells Sally Horner’s full story for the very first time. Drawing upon extensive investigations, legal documents, public records, and interviews with remaining relatives, Sarah Weinman uncovers how much Nabokov knew of the Sally Horner case and the efforts he took to disguise that knowledge during the process of writing and publishing Lolita.”

I took a windy path, from time to kill/murder/ to crows to real. The starter book was non-fiction and I ended with non-fiction.I read 5 out of the 7 books (the first two)

18 thoughts on “Six Degrees of Separation: From “How To Do Nothing” to “Real Lolita””