It’s Friday once again and that means it’s time for Connect Five Friday, hosted at Book Date by Kathryn – the meme where we share five book/reading things that connect in some way.

It’s hard to believe it has been 19 years since 9/11 and the destruction of the towers and the loss of so many lives.

I still remember that day. I had been teaching and id not hear the news until I went for my break at recess. Parents were starting to come into the school for their children and I was truly shaken when I heard the news.

My daughter had been in a coffeehop across from her high school and she saw some of the first horrific images, which still haunt her to this day. 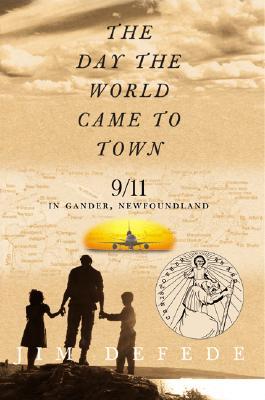 The Day the World Came to Town by Jim DeFede. 9/11 was a horrible disaster but it did bring out the best in so many, especially the people in Gander Nfld who housed, fed and cared for over 6,00 people from around the world who were stranded there when their planes were forced to land in Canada. Definitely a proud time to be Canadian.

This event inspired the musical “Come From Away”, a smash everywhere it has played. 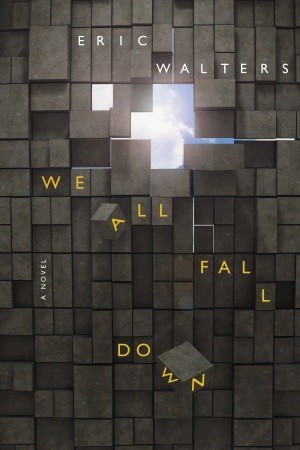 We All Fall Down by Eric Walters.  A YA book, and a searing description of trying to escape the south tower after it was hit. Excellent YA book

“Thunder Dog allows you entry into the isolated, fume-filled chamber of stairwell B to experience survival through the eyes of a blind man and his beloved guide dog. Live each moment from the second a Boeing 767 hits the north tower, to the harrowing stairwell escape, to dodging death a second time as both towers fold into the earth.”

The Only Plane in the Sky by Garrett M. Graff. As Goodreads says:

“The first comprehensive oral history of September 11, 2001—a panoramic narrative woven from the voices of Americans on the front lines of an unprecedented national trauma.”

102 Minutes by Jim Dwyer. From Goodreads:

“The dramatic and moving account of the struggle for life inside the World Trade Center on the morning of September 11, when every minute counted.
At 8:46 am on September 11, 2001, 14,000 people were inside the twin towers-reading e-mails, making trades, eating croissants at Windows on the World. Over the next 102 minutes, each would become part of a drama for the ages, one witnessed only by the people who lived it-until now.”