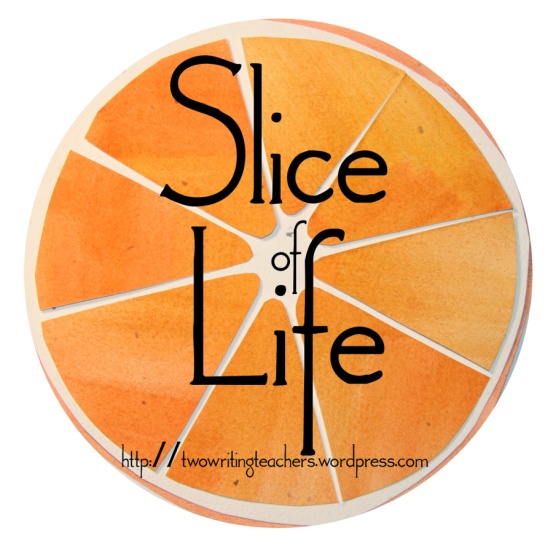 Today is Day 31 of the March Slice of Life – the daily writing challenge hosted at “Two Writing Teachers”.

A whole month of daily writing has zipped by. Hard to believe that we are at the end.
It has been a month of writing yes, but equally as important has been the reading of slices daily. Slices that have moved me and touched me deeply so often. I have laughed, cried, cheered. I connected with so many slices – as if they knew or had lived my story.
As I looked back over the month, I noticed several things:
*I wrote about my loved ones and memories several times
*I talked about and shared my art often
*I shared photos often as well
*I tried some poetry, even though I do not consider myself a poet at all
*I was inspired by other’s slices to try different formats
*I was honoured to have others visit and comment.
*Slices I thought would get many comments (my book bio for eg.), did not

It has been a wonderful month. It has forced me to write every day and re-ignited my desire to keep writing. It has allowed me to meet new bloggers, to learn more about many I had already met through the SOL community and be inspired.
Thank you to this wonderful SOL community – for making March such an incredible rich month of story and connection. 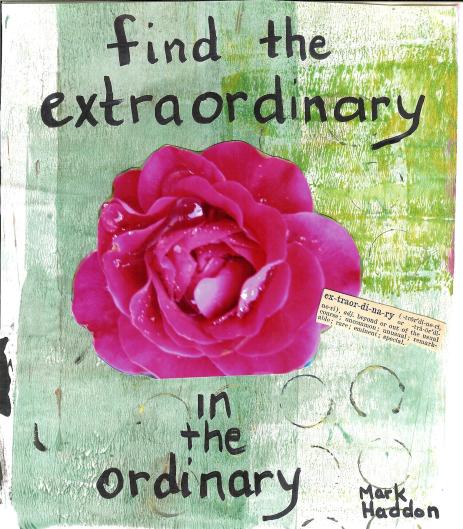 (Something every slicer seems to have done all month!)

Today is Day 30 of the March Slice of Life – the daily writing challenge hosted at “Two Writing Teachers”.

Yesterday I shared information about the new challenge I am joining – #ListifyLife.
This is the second week of the challenge, with this week’s topic:
“The Books I’d Want to Live in for Awhile.”

When I was younger I wanted to be part of all the books I read. I imagined living in Medieval times, biblical times, future worlds.

Lately, there have been a number of fantasy series that have really drawn me in – by the story line and the strength of the female leads.
1. Outlander – Claire is an incredibly strong woman and the idea of time travel is intriguing – especially when it ends in 1700s Scotland (and now we even have the TV series to imagine the time a lot easier)

3. The Sentinel Wars series by Shannon Butcher – oh to be a Theronai warrior

These three were such engaging fantasy series and so well written. Not sure I’d want to stay long though!

Today is Day 29 of the March Slice of Life – the daily writing challenge hosted at Two Writing Teachers.

While checking blogs late last night I came across a new challenge – this one a weekly one for spring.
Roni Loren is hosting a weekly spring list challenge called #ListifyLife. She has provided a weekly title to use – to list, journal or write about.
The challenge started last week but there is still lots of time to join in the fun.
I’ve decided to join and here is my first entry. I will be using an old children’s board book that I have altered. I hope to have fun with it each week.
(Here’s a link to the challenge)

Spring for Me Means…

• Robins nesting on our porch

(Still waiting for the eggs to be laid!)

Today is Day 28 of the March Slice of Life – the daily writing challenge hosted at “Two Writing Teachers”.

Today, I ran out of ideas. I had no idea what to write about. Then at 8 I started to watch “The Voice” and my first thought was – fortunately I can tape this show. And so my fortunately/unfortunately post was born.

Fortunately, it is the night for two hours of The Voice, one of my favourite shows.
Unfortunately, Lucifer is on during The Voice.

Fortunately, we can PVT Lucifer so that we can watch it tomorrow.
Unfortunately, the PVT is filling up quickly.

Fortunately, we can delete a number of shows to make room for more.
Unfortunately, it means taking the time to actually do it.

Fortunately, my husband is on leave this week and is willing to do it.
Unfortunately, I am not so proficient.

Fortunately though, I get to see all I want to see, every day, thanks to our DVD player and to the PVR. 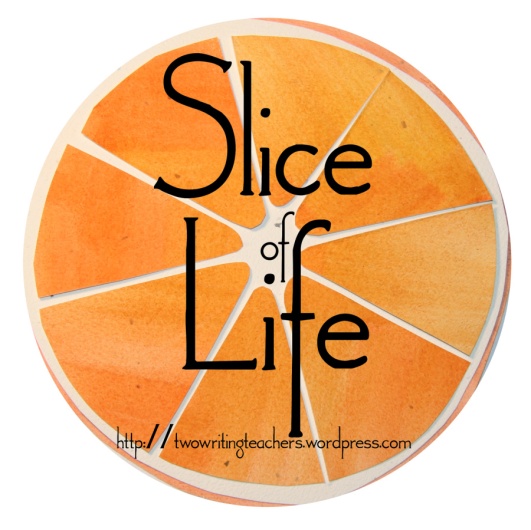 Dinner was a success. Everyone loved my ham – covered in pineapple slices, cloves and then glazed. 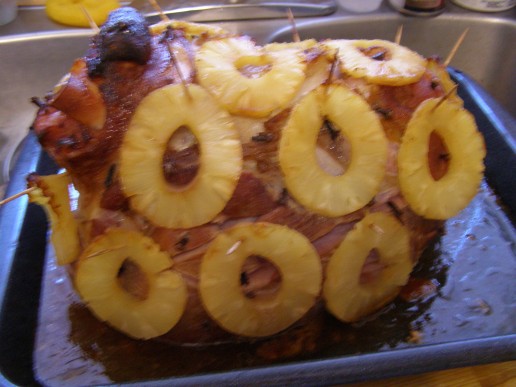 Even the new recipe for brownies went over well. (This was from a diabetic cookbook.)
We discussed eating habits and it was an interesting discussion. The middle granddaughter is now a vegetarian, so her choices were limited, I made a special quinoa salad for her but she only had a bit. The rest of us (8 others) were all omnivores – some stressed they leaned more to the carnivore.
My own daughter is a vegan, so I have to be careful when I cook for her. No butter, honey, milk, besides the meat products. She usually brings her main course though. Makes it a little easier.
We do try to eat healthy, but breads and cakes are my downfall and always have been. Special meals we overindulge and then pay the price the next day. Cooking for family is something I enjoy but I need to scale back.

Hope everyone had a Happy Easter.

Today, my youngest son and his girlfriend came for an Easter dinner. My other two children were both working, so it was just the four of us. We played a few games pf Sequence and one of Mexican Train. Growing up, we always played games – from Rack-0 to Scattegories to Crazy 8 countdown (Matt was the wizard of that game!)
It was lovely to catch up on their lives, play some games and enjoy a lamb dinner.
I need to have some of this time with him as his girlfriend just got a job in B.C. and they will be moving out there in June. I’ll be lucky if I see them once a year.
Matt said my daughter had said that I would cry – yet, when I was his age, I moved to the NWT to follow a job – and I had no one to go with me. At least they have each other. How exciting for them. But, yes I will miss him for sure. At least there is Skype and email and phone.

For now, we have a date night – my husband’s choice to pick a movie to watch. I wonder what he has in mind? 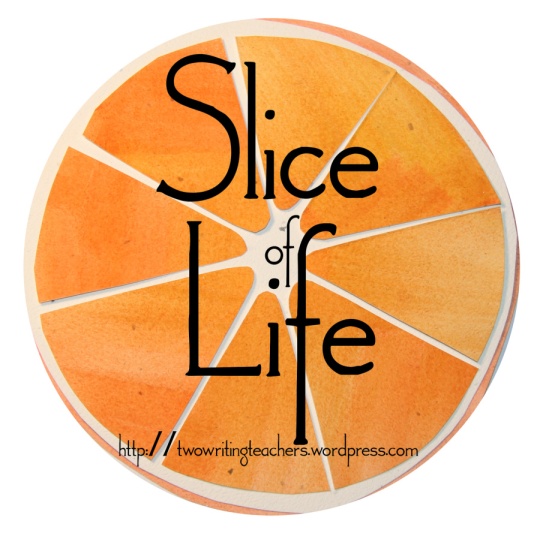 Today is Day 25 of the March Slice of Life – the daily writing challenge hosted at “Two Writing Teachers”.

I used this format last year and it is a good to check in on one’s life at the moment.

Reading “Feverborn” by Karen Marie Moning and “The Lost Celt” by A.E. Conran (which I won!)

Wanting spring to hurry up and stay

Needing to really focus on my writing and do more daily 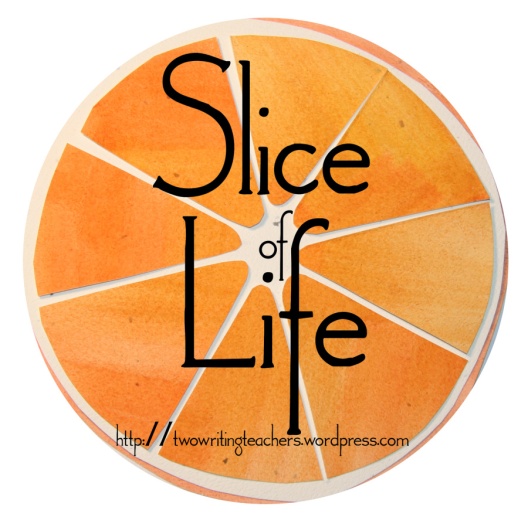 Today is Day 24 of the March Slice of Life – the daily writing challenge hosted at “Two Writing Teachers”.

I have seen this format  several times over the years and thought I’d attempt it.

My Life in Numbers

64   The number of years I have been alive

3   The number of children I gave birth to

5   The number of step-children I have

10   The number of grandchildren from these step-children

4   The number of years at university

36   The number of years in education

13   The number of years I’ve been married

58   The number of picture books I’ve read this year

I am sure there are lots more numbers I could list but there are some I really don’t want to share (my weight for one! lol)

What can numbers tell about you? 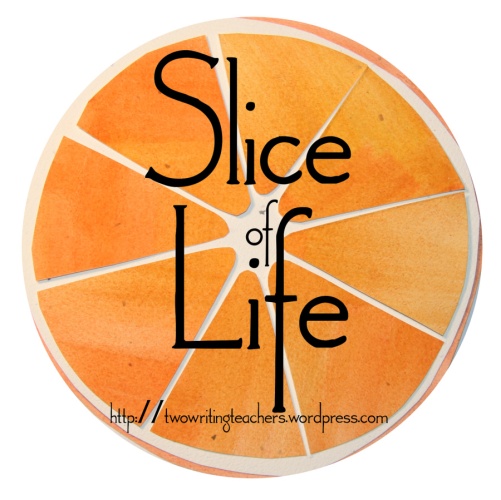 Today is Day 23 of the March Slice of Life – the daily writing challenge hosted at Two Writing Teachers.

After a two year hiatus, the robins are back to nest on the ladder hanging on our porch. I was excited to see the makings of a nest late last week

but I didn’t what was building it until today. I caught a robin bringing in more supplies for building. Yeah! The nest is almost done now. 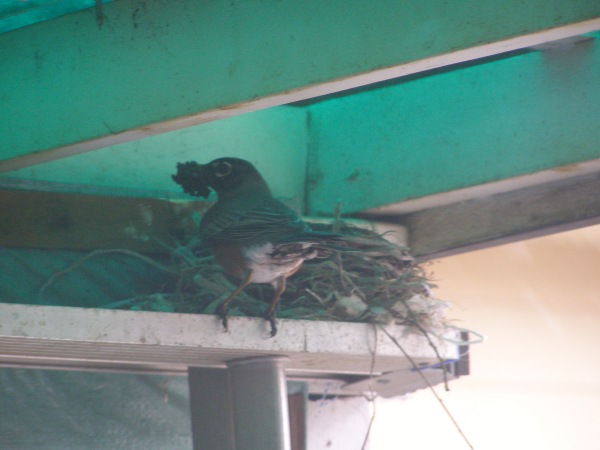 I so enjoyed our yearly visitors – watching the eggs hatch and the babies grow. We even had doves one year.
We may not be able to use the ladder for a while but it is worth it. I love watching from the window as the robins take turns feeding their babies. I try to capture a few shots when the parents are searching for food. Can’t wait for this year’s family!

Today is Day 22 of the March Slice of Life – the daily writing challenge hosted at Two Writing Teachers.

Reading “My Reading Touchstones” at “One Grateful Teacher” led me to Michelle’s slice “Reading and Where it All Began” and the Donalyn Miller’s post at Nerdy Book Club. All three were such powerful reads and made me think about the books that have been touchstones throughout my life.

My earliest obsession was the Anne of Green Gable series by L.M. Montgomery. I reread the first book several times, as well as watching the movies. The idea of “kindred spirits” still informs me when I meet new people.
Other books at the time that moved me were:
The Diary of a Young Girl by Anne Frank
A Tree Grows in Brooklyn by Betty Smith

In high school I read so many books that still resonate.
To Kill a Mockingbird by Harper Lee
Cry the Beloved Country Alan Paton
Lord of the Flies by William Golding
I was also introduced to scifi and fantasy then and that has continued to this day. I am so attracted to the mind behind the created new worlds.
Early books:
Fahrenheit 451
1984 by George Orwell
Brave New World by Aldous Huxley
A Wrinkle in Time by Madeleine L’Engle
Lord of the Rings by Tolkien

In my early 20s I seriously considered converting to Catholicism. “In This House of Brede” by Rumer Godden was a strong influence.
Two feminist books also opened my eyes in my 20s.
The Feminine Mystique by Betty Friedman
Fear of Flying by Erica Jong

While teaching, especially in the past 10 years, I read many teaching books which helped improve my teaching. “The Book Whisperer” by Donalyn Miller was probably the most influential as it was such a positive support to what I believed about reading, one that I could pass on to others.

As I turned to art and writing in the past few years, I found several books that have had an impact on my creativity.
The Artist’s Way by Julia Cameron
Bird by Bird by Anne Lammott
The Creative Habit by Twyla Tharp

This year two books really helped me look at the fear I hold on to and offered ways to attack it.
Big Magic by Elizabeth Gilbert
Carry on Warrior by Glennon Melton

There have been so many other books I’ve read over the years – many for enjoyment but others that came at the right time, in the right season, to offer support and knowledge.
Biographies have had a special appeal all my life. I love to read how others have overcome hardships and risen to their greatness.

Thank you to all those writers.